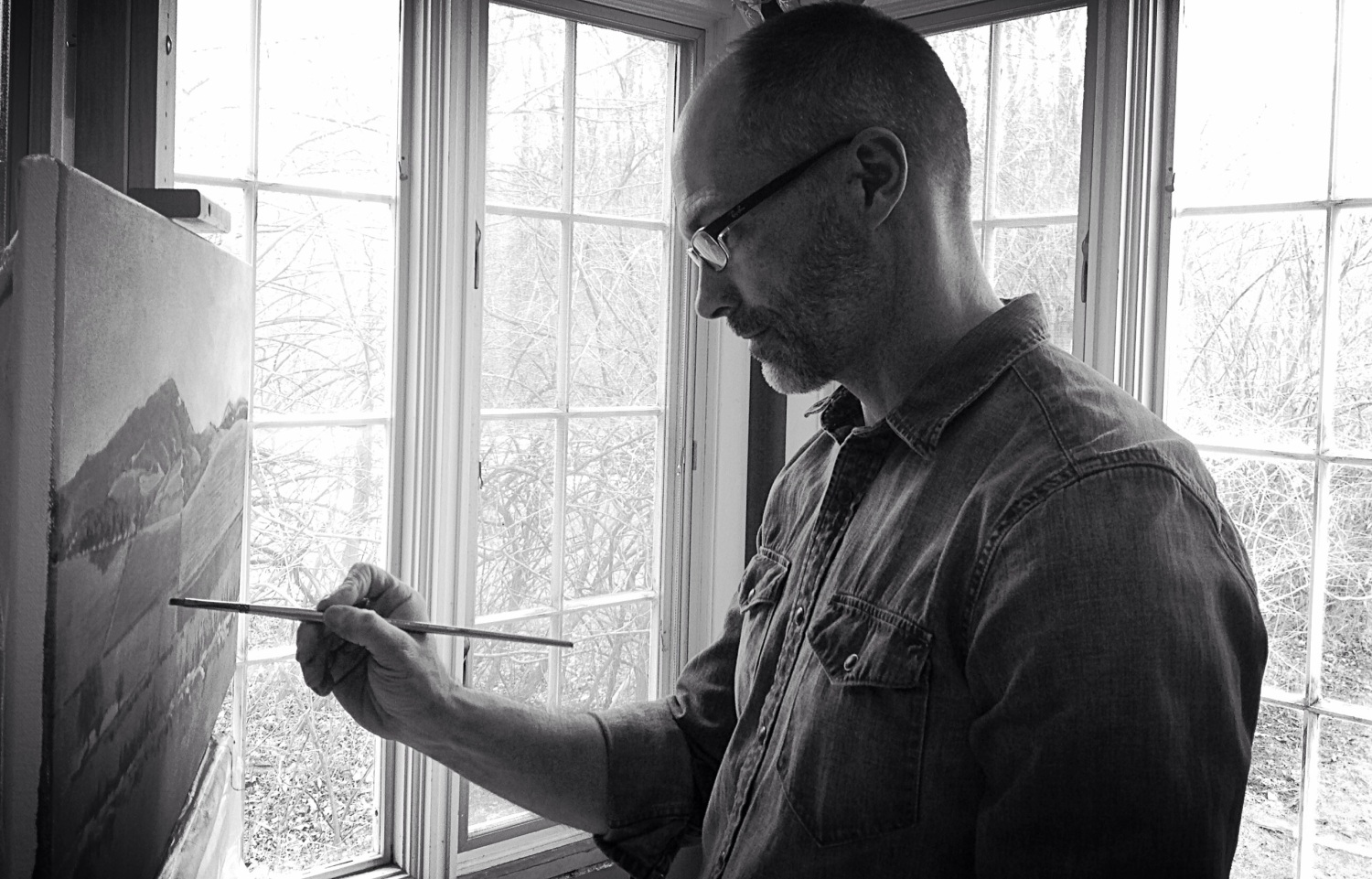 Todd Buschur was born in Ft. Riley, Kansas, in the late 1960's; and he grew up in a rural farm community in west central Ohio. As a young child, Buschur was diagnosed with dyslexia, which made learning difficult.  Throughout most of his childhood, Buschur dreaded school; therefore, he would often escape his frustration with school by drawing and coloring.  Buschur is convinced that these early formative years are when much of his appreciation for making art was born. Because he grew up in a rural community, exposure to art museums and galleries was not readily available.  However, Buschur’s inspiration came through observing his uncle make technical drawings and by watching his father, an avid model builder, construct model cars.

In the fall of 1985, Buschur enrolled at Bluffton University, where over the course of the next four years, he was influenced by two art professors: Jaye Bumbaugh and Gregg Luginbuhl.  By the time Buschur graduated from Bluffton in 1989 with a B.F.A, Bumbaugh and Luginbuhl's passion and deep appreciation for art were firmly rooted in Buschur's life. Later that same year, Buschur was hired as a high school art instructor for Graham Local Schools, a rural public school, north of Dayton.  A few years later, while he continued to teach school, Buschur attended Antioch Midwest, where received his M.A. in 1998. During this time, Buschur also studied at The International School of Art in Umbria, Italy. The immersion in Italian art and art history has proven to have a lasting impact on Buschur's painting and teaching.

Todd Buschur begins his 29th year of teaching art at Graham High School, where his students continue to inspire him and his work. Buschur has previously shown work at the Rutledge Gallery in Dayton, Ohio, as well as at Gallery 2:10 in Sidney, Ohio. The Hayley Gallery in New Albany, Ohio, currently represents Buschur’s work, and in July 2020, Buschur will showcase his sixth solo show with the gallery. Todd Buschur's work seeks to combine elements of realism, while he maintains a minimalistic approach throughout the process. Buschur's work conveys a sense of space and light, which helps to further a mood or mystery behind the work.